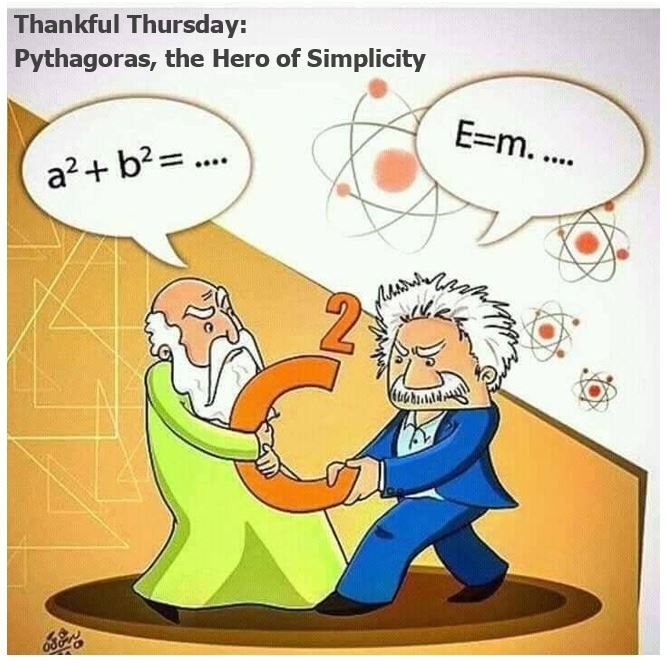 His name is synonymous with the theorem that underpins so much mathematics. And so much bad taste for maths, too. But on our Thankful Thursday, where we aim to pay tribute to the many founders of modern maths, we're going to look at something else he brought us.

The great Greek mathmatical wizard took his work very seriously. His school didn't just like or enjoy maths - they worshipped it. Having lived our entire lives as custodians of his work, some 2,500 years on, it is hard to imagine what maths was like before him.

But let's take a look. 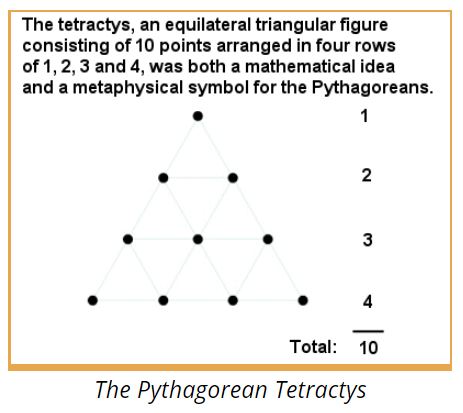 Next time your parents or grandparents harp back to the "good old days" of imperial measures (where a pound cost a sheep, and a shilling was 3 pennies up a squirrel's bottom...) you might want to explain something. Imperial measurements were greatly PRE-dated by decimal.

(I wonder when and why this changed...must research this.)

The tetractys is easier to explain with an image than words:
Clearly 1 + 2 + 3 + 4 = 10
It might seem obvious, but it is a tiny nugget of proof of the importance of the basis of the number 10 in all our mathematics.
I decided to do my own experiment. I wanted to know what happened if I added a second row - thinking surely the total should be 20...
Let's see... 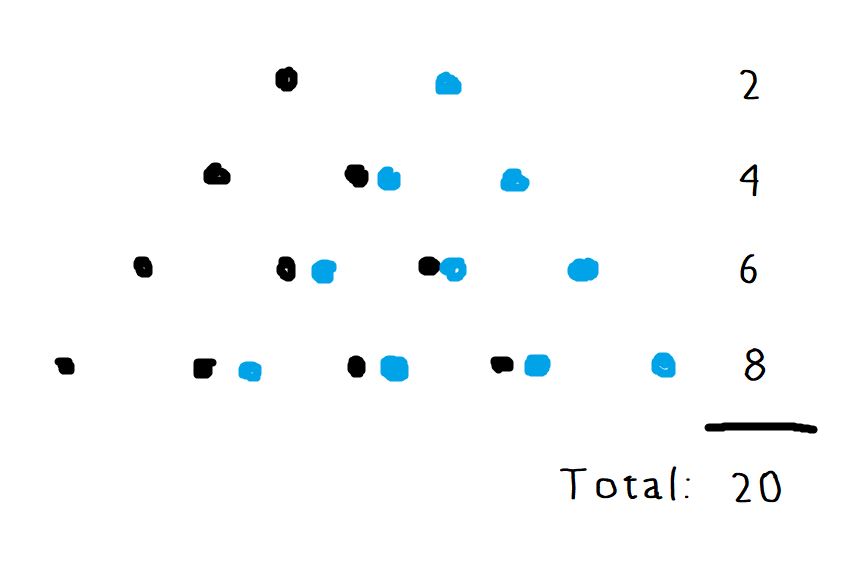 Well, that's fascinating. It makes perfect sense, of course. And no doubt 3 + 6 + 9 + 12 = ...yes...it adds up to 30.
One of the joys of mathematics should always be discovery. Maths appears in nature and the world around us all the time. More often than not, it is the simplicity of the basics of maths which makes this possible.
We take for granted, chuntering away in the backgrounds of our lives. It runs our smart phones, computers, TVs, the entire internet - our whole modern way of life.
Be angry at Pythagoras for the evil theorem you had to learn. But be thankful of what he contributed to the world.

Do you have your favourite mathematician on the past you are thankful for? Let us know and we'll consider them for a future Thankful Thursday.

We have a great range of GCSE revision resources, click HERE.